There was a need to revisit the village’s zoning code to meet the development needs of the community and protect coastal areas. 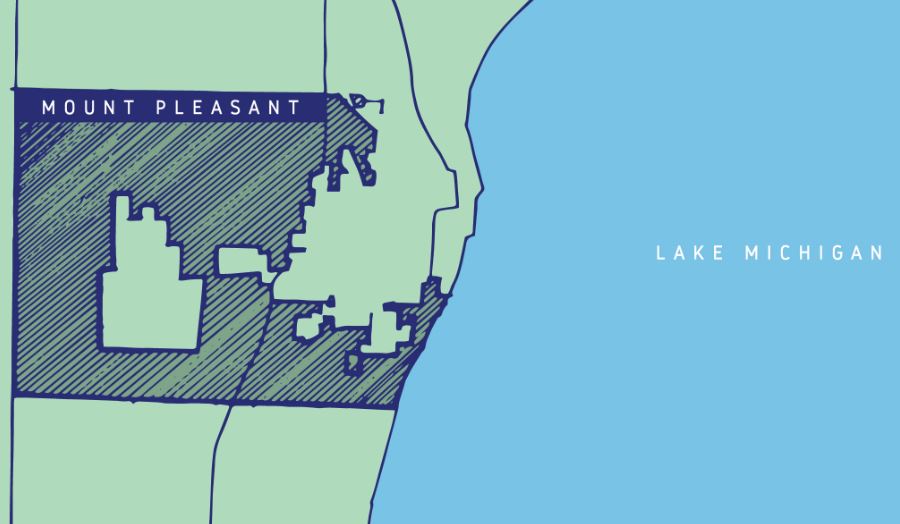 The Village of Mount Pleasant is a coastal municipality with approximately 2.5 miles of Lake Michigan coastline. The Village endures the impacts of changing water levels and coastal storms including shoreline erosion and bluff instability. Rising water levels between 2013 and 2020 contributed to severe erosion of coastal bluffs and threatened homes and other coastal infrastructure in the Village. Both public and private infrastructure are vulnerable to these coastal hazards.

Vision for the Community

Mount Pleasant wants to use zoning and land use policies to provide a better guide for future growth and change in the Village.

The Village of Mount Pleasant’s zoning code, except for additions made in the 1990’s and 2000’s, remained mostly unchanged since it was originally adopted in 1972. The original code did not include coastal setback or shoreland protection ordinances, which defaulted to older, County standards before the Village incorporated.

The Village is located adjacent to Interstate-94 and incorporated in 2003. These factors have contributed to the growth of the community. Due to this growth, the Village needed to revisit its zoning code to make it more accessible, ensure that it met the development and redevelopment needs of the Village, and included protections for coastal bluff and shoreland areas. 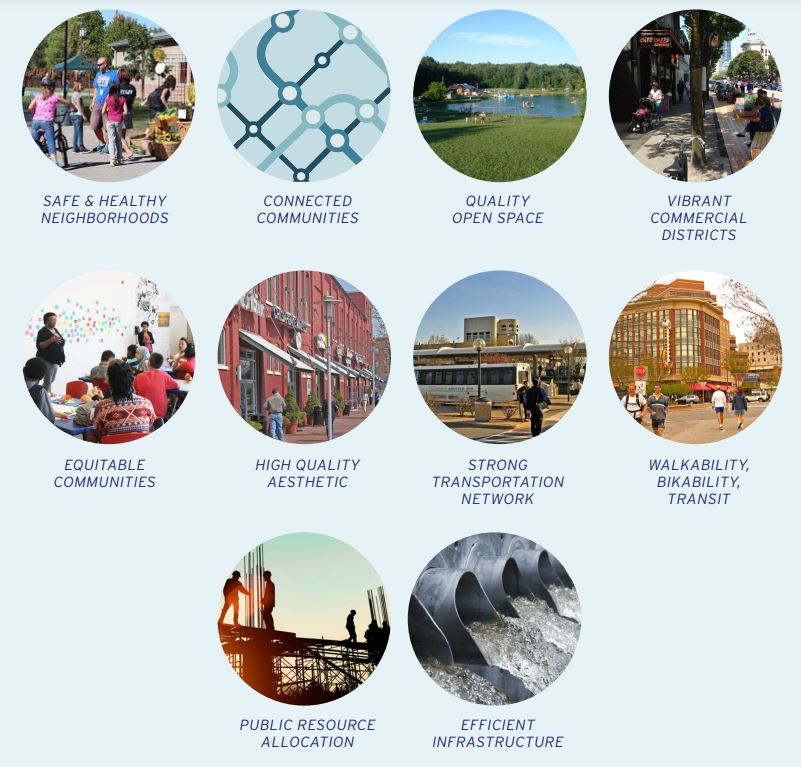 In 2016, Mount Pleasant’s Community Development Department began conversations about updating the Village zoning code with the Planning Commission and Village Board.

In 2018, the Village hired a consultant, Duncan Associates, with money set aside in its annual budget. The consultant coordinated the code update and mapping project from beginning to end. In addition to the money set aside for the zoning code update project, the Village also set aside $1 million for emergency revetment projects on the Lake Michigan coastline to quickly protect rapidly deteriorating coastal public infrastructure.

This zoning code update project was an opportunity for the Village to include bluff setback and shoreland protection ordinances in the Village code to help protect infrastructure investments and public and private property.

The Village executed the updating process in three key phases.

They used the Southeastern Wisconsin Regional Planning Commission’s (SEWRPC) Model Zoning Regulations for Lake Michigan Bluff Setbacks as the basis for their new bluff setback ordinances. While private development already occupied most of Mount Pleasant’s lakefront parcels, the Village recognized the setback ordinances would be important for future redevelopment or new construction on those parcels.

The COVID-19 pandemic spread during the code update process. To adapt, the Village staff hosted public engagement sessions via Zoom. They hosted virtual open houses during the day and in the evening to provide opportunities for the public to learn about and provide comments on the draft code at various times.

In addition to the open houses, the Village released a 30-minute video explaining the zoning code updates so the public could watch at convenient times.

The Plan Commission recommended approval of the final version of the zoning code. The Village Board then held a public hearing, after which they voted to approve and codify the updated code.

What Has Been Accomplished So Far

This process took 18 months. In 2020, the Village Board adopted the updated zoning code.

The Community Planning and Development Department also worked with the Plan Commission and Village Board to set aside funding in the Village budget and initiate the zoning code update project.