Here are five things to know about water levels on Lake Michigan for September 2019.

What are the current water levels on Lake Michigan?
The water level of Lake Michigan as of September 20th, 2019 is at an elevation of 581.63 feet above sea level (from the International Great Lakes Datum). To put this level into perspective, here are some statistics for Lake Michigan relative to the period of water level records measured from 1918 to 2018: (statistics from U.S. Army Corps of Engineers Weekly Water Level Update)

What is the outlook for future water levels?
The US Army Corps of Engineers projects Lake Michigan to remain near record high levels for the foreseeable future (see six-month forecast issued for September 2019 below). Water levels have begun their seasonal decline, with a projected drop of about 3 inches by October 20th, 2019. This decrease in water levels is expected throughout the fall and winter as precipitation and runoff into the lakes typically decreases and evaporation from the lakes increases. In an average year, water levels vary seasonally by about one foot from a peak in summer to a low in winter, though every year is different. Water levels would be expected to begin a seasonal rise again next spring when runoff and precipitation increase. 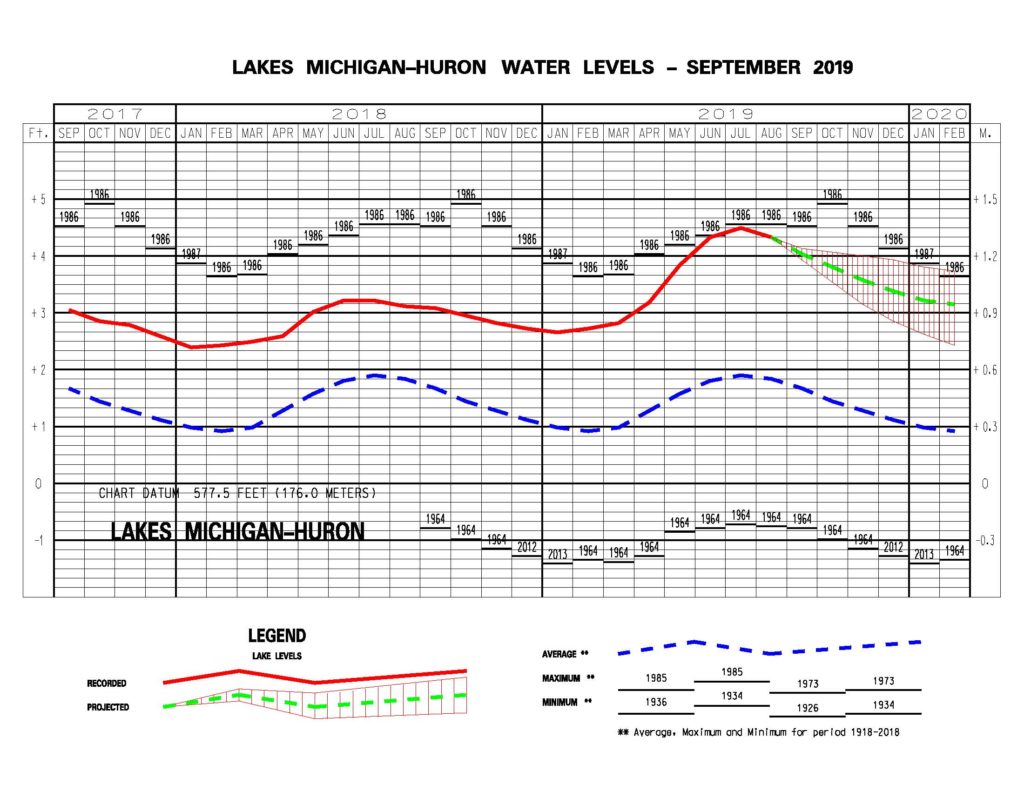 Why are lake levels so high? 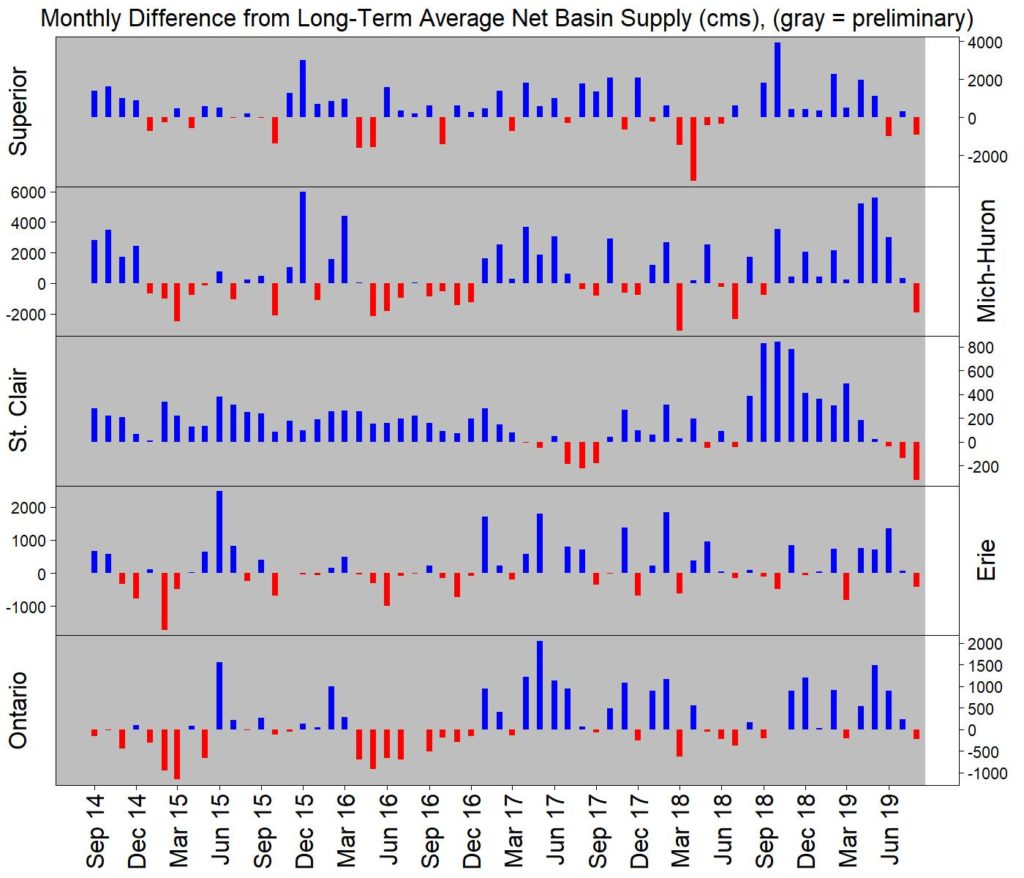 Net Basin Supply to the Great Lakes, where blue indicates a positive NBS and red is a negative NBSSource: US Army Corps of Engineers – http://lre-wm.usace.army.mil/ForecastData/GLBasinConditions/monthlyNBSPast5Years.jpg

The historic record shows that water levels in the Great Lakes rise and fall with changes in precipitation and evaporation, so we know our high water levels will not be around forever. But what are the perfect conditions that would help water levels go down sooner rather than later? According to Keith Kompoltowicz, chief of watershed hydrology at the U.S. Army Corps of Engineers’ Detroit district “A cool, dry fall would evaporate water from the lakes because the lakes are relatively warm. As we move into the winter, we don’t want a healthy snowpack. We want a warm, snowless winter followed by a warm, dry spring.” Those would be the ideal conditions – low precipitation and runoff with high evaporation – to get a below average Net Basin Supply which would draw down lake levels a bit.

How realistic are these “ideal” conditions? They would certainly be abnormal but the Great Lakes has experienced dramatic drops in water levels in the past. The U.S. Army Corps of Engineers provides some scenarios of how current lake levels would change under the conditions that were experienced in notable years in the past. For example, 1998-1999 had very low Net Basin Supplies due to a warm winter and spring that set the table for increased evaporation coupled with below average precipitation which kept water out of the lakes. From September 1998 to September 1999, Lake Michigan-Huron water levels decreased almost 1.5 feet and continued to drop into the following year. It is unlikely that the Great Lakes will experience those “ideal” conditions yet this year but it’s important to remember that the Great Lakes go down just like they go up.

Where can I go for more information? 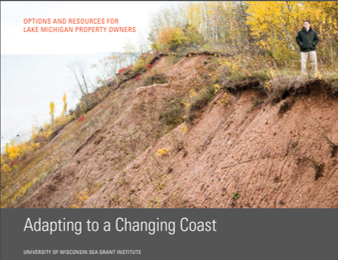 See our Coastal Hazards page for details about the impacts of high water levels, including erosion, flooding, and navigation issues.

Our blog post Resources for Great Lakes Coastal Property Owners: Where do I start? and Resilience Resources have links to many resources to help understand coastal hazards, weigh the risks coastal hazards pose to property, understand options for addressing these hazards, and get started on implementing actions if necessary. One featured resource includes Adapting to a Changing Coast: Options and Resources for Lake Michigan Property Owners (pictured right)

The US Army Corps’ Great Lakes Information page has tons of details on water levels. For more information, check out our Resource of the Month feature here.