The water levels on all the Great Lakes still remain above their long-term monthly averages as of July 2020. Lake Michigan surpassed its record-high monthly mean for June previously set in 1986. This is the sixth monthly record set for Lake Michigan in our recent period of high water levels. Lake Michigan water levels increased by about one inch from May to June. While Lake Michigan’s seasonal rise is still occurring, water levels are expected to level off and potentially decrease through August.

Here are five things to know about water levels on Lake Michigan for July 2020.

The water level of Lake Michigan as of July 3, 2020 is at an elevation of 582.22 feet above sea level (from the International Great Lakes Datum). To put this level into perspective, here are some statistics for Lake Michigan relative to the period of water level records measured from 1918 to present: (statistics from USACE’s Weekly Water Level Update and USACE’s Water Level Summary).

The US Army Corps of Engineers (USACE) projects higher than average and potentially record high water levels to persist through the summer (see six-month forecast issued for July 2020 below).

Water levels continued their seasonal rise and increased by 1 inch over the last month. The USACE is forecasting that water levels will level off and start to decrease throughout the rest of the summer. An increase in water levels generally occurs during the spring as precipitation and snowmelt typically increase. They tend to level off then decrease at the end of the summer and through the fall as temperatures cool and evaporation increases. In an average year, water levels vary seasonally by about one foot from a peak in summer to a low in winter, though every year is different. 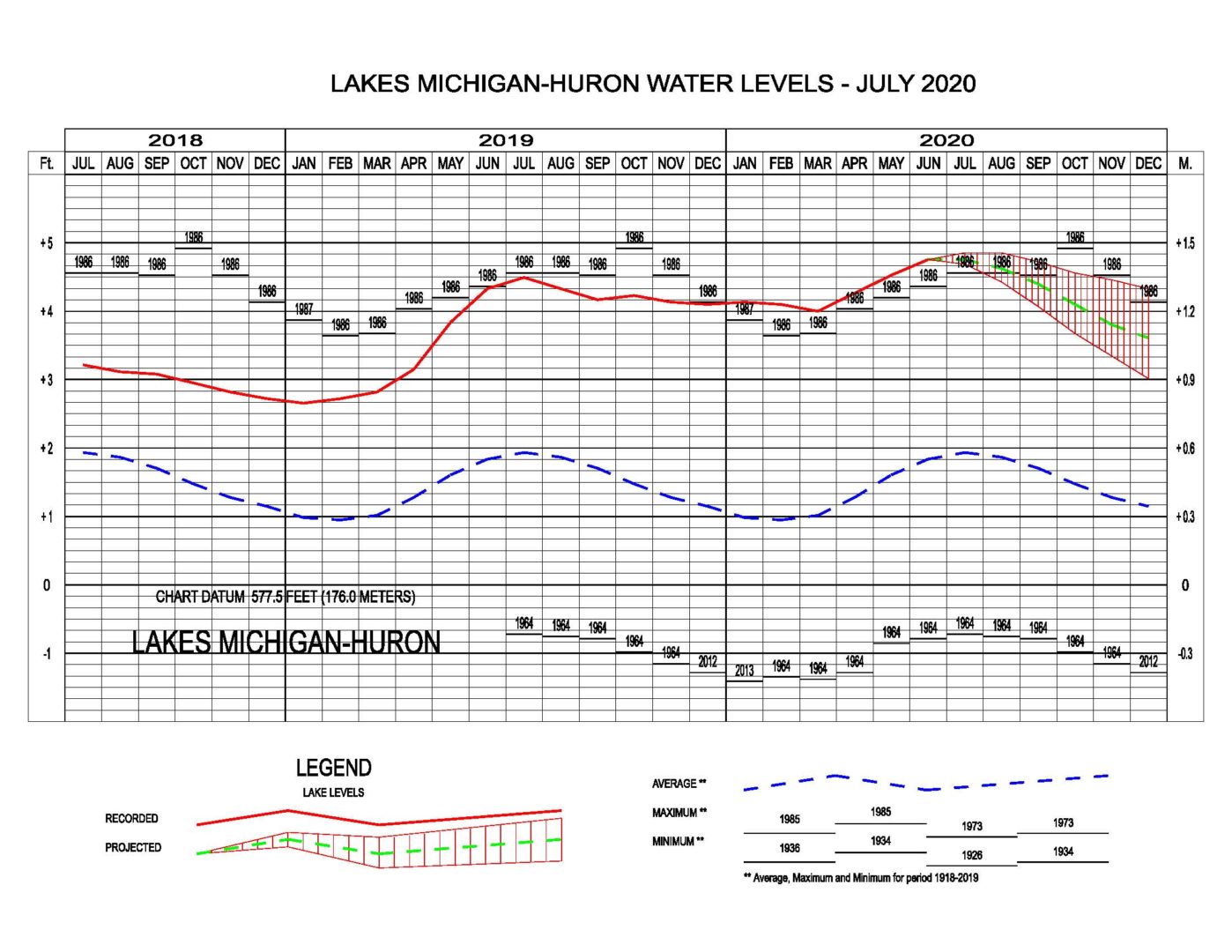 In June 2020, the Lake Michigan water level crept higher due to an above average Net Basin Supply. Lake Michigan’s NBS in June 2020 was 6,000 cubic feet per second above the long-term average June NBS (recorded between 1900-2008). This is equivalent to an additional 1.16 billion gallons of water entering Lake Michigan compared to an average June, or nearly 176 thousand Olympic swimming pools of extra water. Spread across the lake, this amounts to an additional 0.15 inches of water above the normal seasonal rise from May to June. The above average NBS was likely driven in part by precipitation, which was 2% above average over the entire Lake Michigan basin for the month of June 2020. 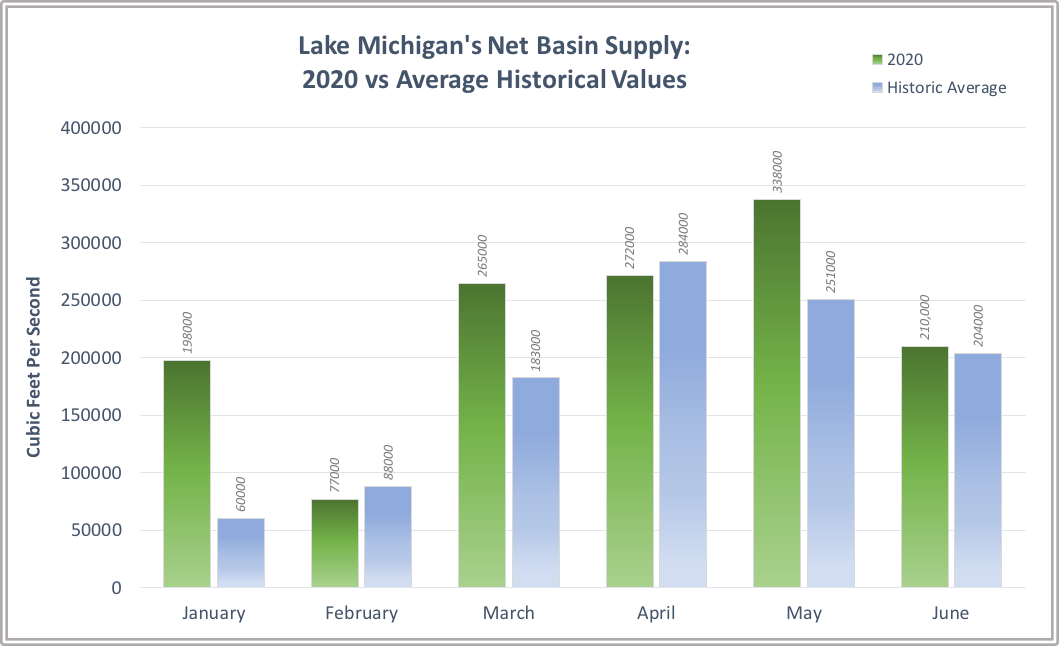 This image shows the comparison between the current and the average NBS recorded between 1900 – 2008. Calculations based on the Army Corps of Engineers Great Lakes Basin Hydrology for June. https://www.lre.usace.army.mil/Portals/69/docs/GreatLakesInfo/docs/BH-TABLEBOJul20.pdf?ver=2020-07-01-120141-473