There was a need to audit the City of Green Bay’s municipal code to identify any barriers to green stormwater infrastructure. 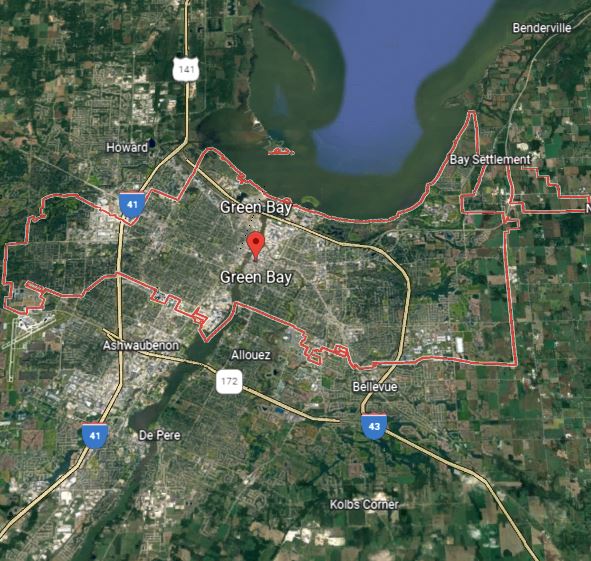 The City of Green Bay is positioned at the mouth of the Fox River and the bay of Green Bay, Lake Michigan’s largest freshwater estuary.

In March 2019, rainfall and significant snow melt over the frozen ground caused flooding along the East River. Nearly 150 people were rescued and a total of 36 homes were condemned because of the flood. In addition to riverine flooding like this event, the City has experienced coastal flooding due to storm surges and high lake levels. The City’s urban environment limits infiltration and increases stormwater runoff exacerbating flooding events and contributing to water quality issues.

Vision for the Community 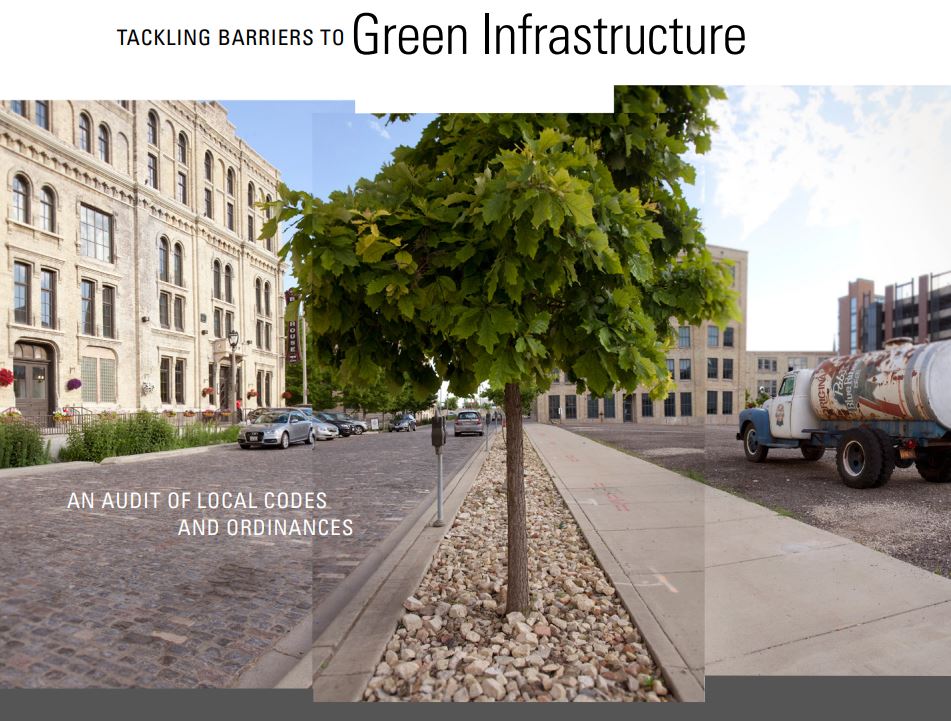 The City of Green Bay followed the process outlined in Wisconsin Sea Grant’s workbook, Tackling Barriers to Green Infrastructure: An Audit of Local Codes and Ordinances.

The City was awarded a $15,000 Great Lakes Green Infrastructure Champions grant. These funds were used to hire an independent consultant to audit the City’s municipal code.

At the start of the project, Wisconsin Sea Grant and Wisconsin Department of Natural Resources led community scoping workshops for City staff. The purpose of these workshops was to (1) enhance the understanding about the role of green stormwater infrastructure in clean water, flood resilience, and other community benefits; (2) demonstrate how a code audit of can reveal opportunities and barriers for the use of green infrastructure; and (3) learn about the code audit process and complete a community scoping exercise. During the scoping exercise, city staff answered questions related to how they understand and value green infrastructure, barriers to implementation, and possible solutions.

Recommendations from an independent contractor and input from city staff were utilized to identify barriers and propose amendments in the municipal code to support the implementation of green stormwater infrastructure. Once recommendations were made, the process of amending the City’s municipal code was executed in four phases.

The findings from the audit and feedback from the scoping workshops were presented internally to staff.

Drafts of the proposed code changes were produced and shared. Over the course of two years, feedback from city staff and the Sustainability Commission was gathered and incorporated into the draft code amendments.

In the final phase of this process, draft code amendments were put before committee for approval. Different codes are reviewed by different committees depending on the nature of the amendment. For example, changes to the stormwater ordinance went through the Improvement and Services Committee, whereas codes related to landscaping were sent to the Planning Commission. After they were approved by their respective committees, they were put before the city council to be codified.

What Has Been Accomplished So Far

The City of Green Bay’s municipal code went through a recodification during this project, during which time the green stormwater infrastructure code update process was temporarily paused.

Since the recodification, five of the six proposed code changes have been codified by the city council. The process for amending municipal codes can take multiple years. As of 2022, the City has been working with their stakeholders on this project for approximately 3 years. 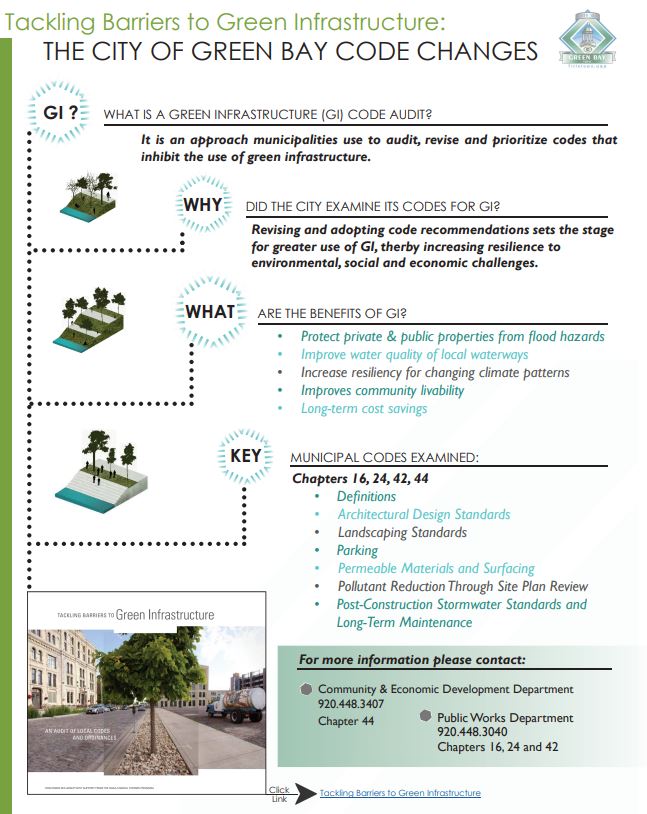 The municipal code can be found here.

The City is continuing to work with stakeholders and the Planning Commission on the landscaping standard which is the final proposed code amendment of this project.