This blog describes the impact of lake ice on coastal erosion.

Ice Ice Baby (What’s it Gonna Do to My Bluff?)

The accelerated development of nearshore ice on Lake Michigan during the polar vortex made our team wonder, does nearshore ice contribute to or protect Southeastern Wisconsin’s coastal bluffs from erosion? We did some digging and as you might guess, the answer is a little bit of both. 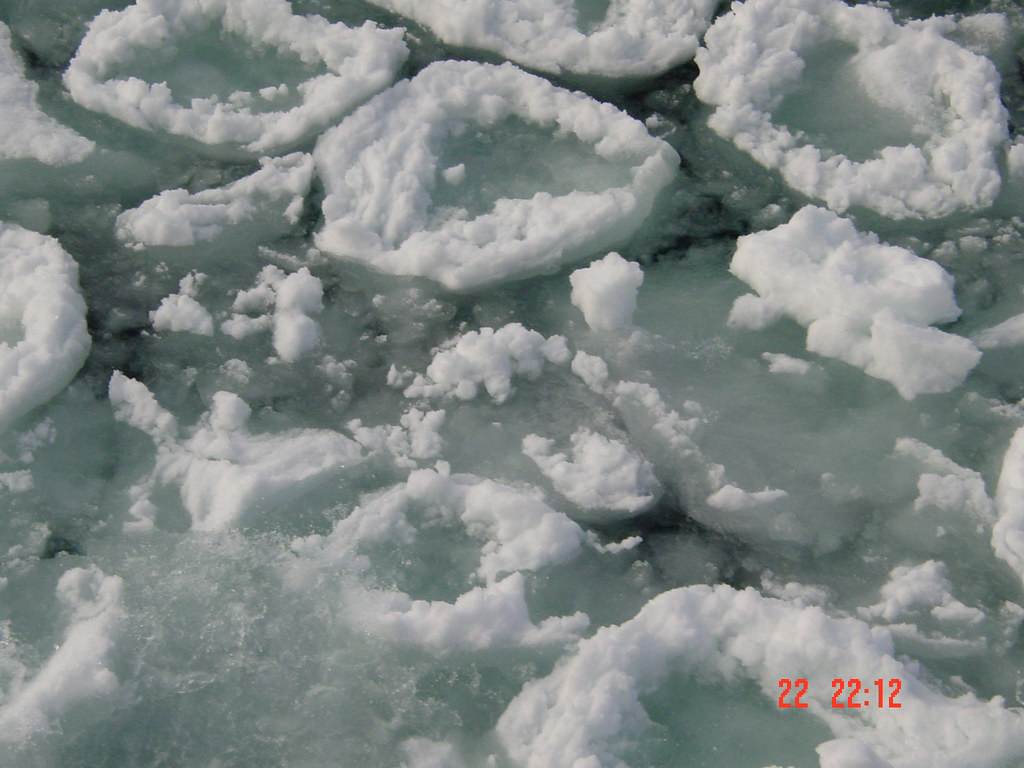 Ice develops on Lake Michigan during the winter but the Lake does not completely freeze over. Because of this, mostly dynamic ice forms on the Lake. Dynamic ice can be divided into three categories:

Anchor ice – submerged ice that is attached to the lake bottom 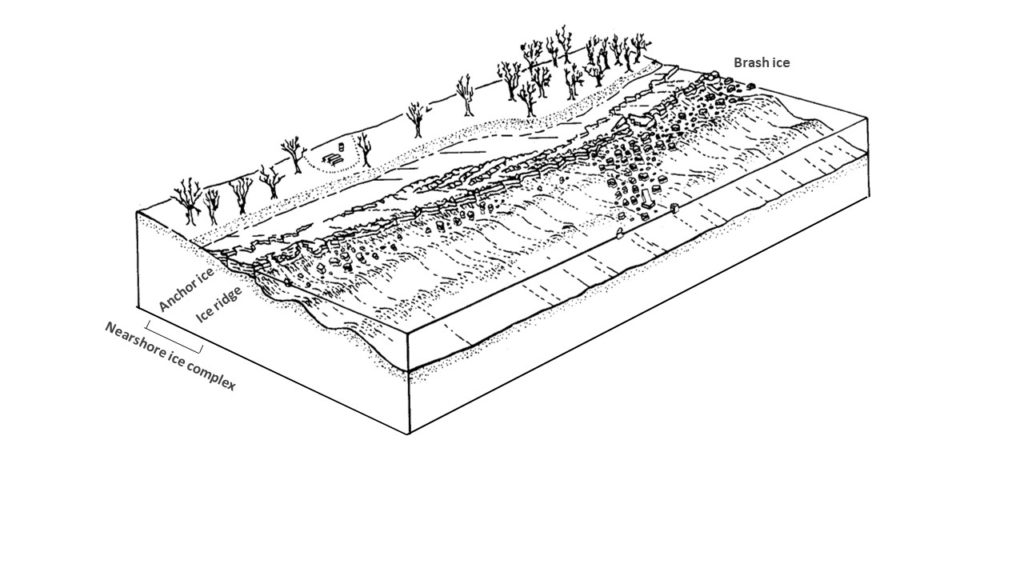 Brash ice is the first category of ice to form and is the foundation for the formation and growth of nearshore ice complexes. Ice ridges form offshore where waves break. They can be broken down and rebuilt numerous times throughout the winter as a result of wave action, temperature changes, and/or wind. As each of these types of dynamic ice are formed and moved, they capture and transport suspended sediments and/or lakebed sediments. A variety of processes affected by ice are also significant to the removal and transportation of sediment from the nearshore system of Southwestern Lake Michigan (Mickelson et al., 2004).

Ice effects on scour – The protection from waves offered by these ice formations directs wave energy toward the lakebed at the ice ridge causing lakebed scour. This erosion of the lakebed in turn mobilizes sediment which can then be frozen into ice and transported into deeper water as the ice drifts.

Ice effects on the shore – Because brash ice exists in the mobile zone it can lead to ice-induced sediment transport by entraining sand and other coastal materials from the shore and moving them lakeward or parallel to the coast. Furthermore, ice shoves, which occur when ice being pushed by wind or currents makes contact with the shore, can cause damage to coastal engineering structures or erode bluffs. 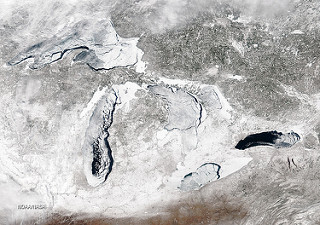 Ice can have assorted impacts on bluff erosion. A study by Barnes et al. (1994) determined that bluffs are a major source of coastal sediments as the erosion processes associated with the building and breaking down of dynamic lake ice capture and transport sediment in amounts similar to sediment removed by long-term coastal transport. Therefore, they concluded that, “ice is an important influence on long-term stability of beaches, bluffs, and coastal engineering structures.” Ice can both cause erosion and help to reduce erosion depending on the situation. So the short answer to our question is, “it’s complicated.”

Want to see the current ice conditions of the Great Lakes? Click Here!