Here are four things to know about water levels on Lake Michigan for May 2019.

What’s going on with water levels in the Great Lakes?
Th U.S. Army Corps of Engineers forecast projects that Lake Superior and Lake Erie are likely to exceed record high water levels for the month of May. It is even possible that these lakes could surpass their all-time record high levels later this summer. Amazingly, Lake Ontario has risen 2 feet in the last month (April 15 to May 15). Lake Michigan is not expected to exceed the record water levels set in 1986 (see image below), though the forecast indicates that Lake Michigan will rise higher than it was last summer, likely to within one foot of its record highs. 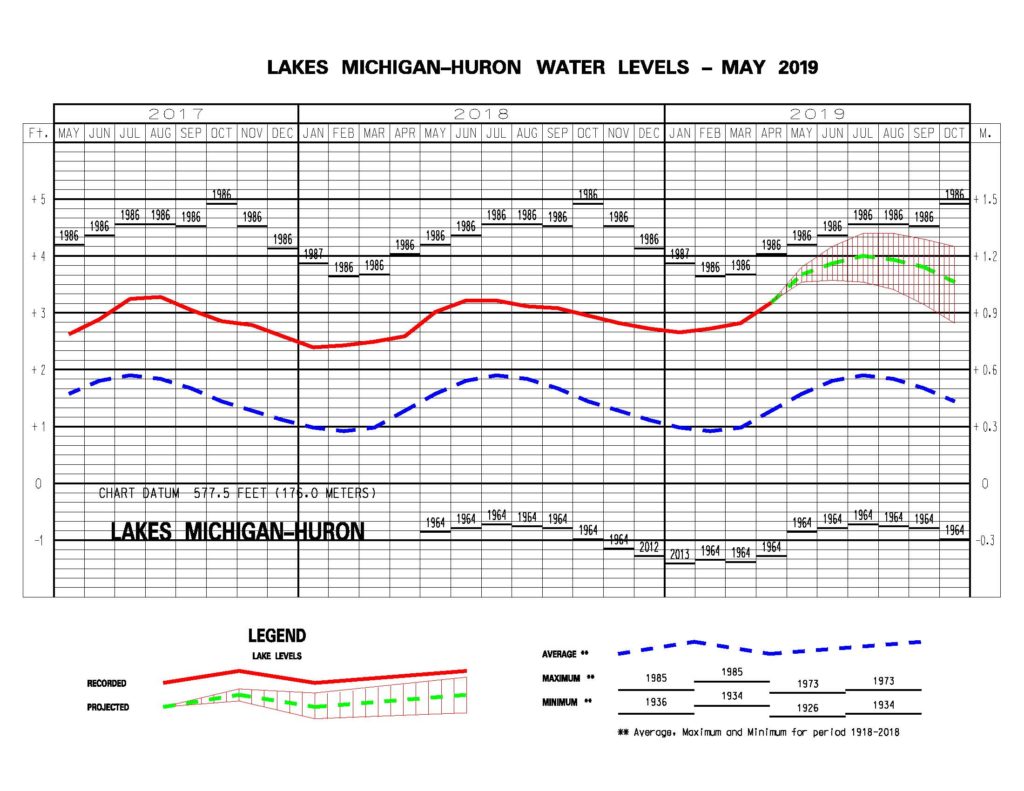 How do high lake levels affect the coast?
High water levels allow erosive waves to reach higher elevations on the shore where they batter shoreline infrastructure and eat away at the base of bluffs and dunes. High water levels can also make coastal flooding in low-lying coastal areas more likely. In ports and harbors, high water can cause operational and safety issues if a large elevation difference exists between vessel and dockage.

As a whole, the Great Lakes has seen a lot more blue than red in the last five years, indicating a consistently positive Net Basin Supply which has driven our high lake levels. You may note that April 2019 had a rather large positive Net Basin Supply for Lake Michigan – this was in part because precipitation in the Lake Michigan basin was above average by 30%. Our recent wet conditions can also be visualized in map from in the the Midwest Regional Climate Center’s winter 2019 report, available here, which indicates that nearly the entire Great Lakes watershed received above average precipitation this past winter. 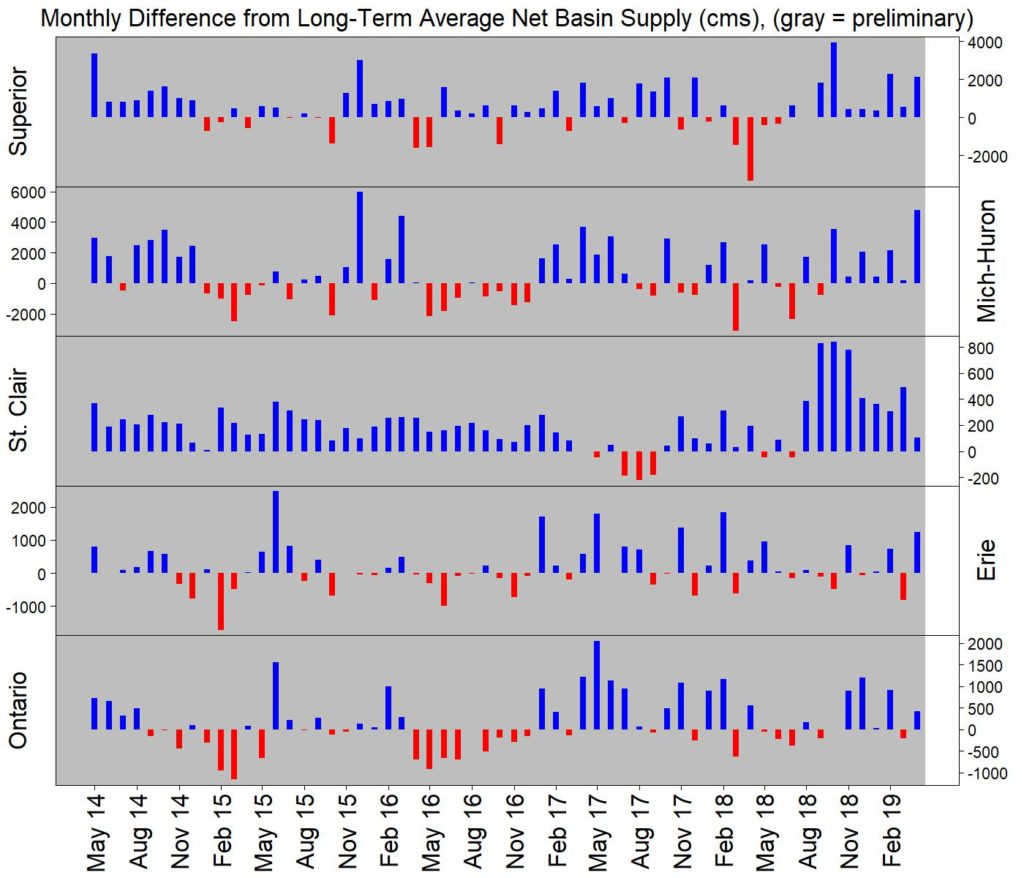 Net Basin Supply to the Great Lakes, where blue indicates a positive NBS and red is a negative NBS
Source: US Army Corps of Engineers – http://lre-wm.usace.army.mil/ForecastData/GLBasinConditions/monthlyNBSPast5Years.jpg

Where can I go for more information?